List of the main and supporting characters of Grand Theft Auto: Vice City.

Tommy Vercetti is an Italian-American mobster, and the main Protagonist of Grand Theft Auto: Vice City.

In 1971, Tommy, working as a hitman for Sonny Forelli's family, was sent to kill a man, but it is revealed to be an ambush of eleven men. Tommy is able to kill them all, but is arrested. In 1986, 15 years later, Tommy is released from the prison, and sent by Sonny to Vice City. 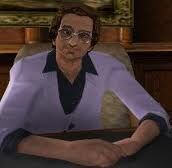 Ken Rosenberg is a Lawyer who works for the Forelli Family in Vice City. He later becomes Tommy's lawyer and is responsable for bailing Tommy out of jail every time he is busted.

Rosenberg was sent by the Forelli Family to pickup Tommy along Harry and Lee to drive them to the drug deal, but the deal was ambushed, Ken along with Tommy quickly escape to his office. He then helps Tommy by every connection he has in Vice City to find the money and  prevent them from getting killed. 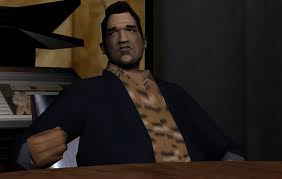 Sonny Forrelli is the Don of the Forelli Family and the main antagonist of GTA Vice City.

Sonny once sent tommy to hardwood to supposedly kill a capo from another family in Harwood but it was an ambush, Tommy survived and kill everybody but was arreted for 15 years. After Tommy is released , fearing he would bring to much unwanted attention to the Family he sents him to Vice City to go to a drug deal, but just when the deal was about to be made, a couple of black suit men ambushed it and took the money and drugs. Upon knowing this, Sonny angrily orders Tommy to retreat the money and the drugs.

Lance Vance is a drug dealer who was member of the Vance Crime Family who later becomes one of Tommy's most trusted allies, but later becomes the secondary antagonist of the game.

Lance was a the pilot of the helicopter during the drug deal at Vice Port, but the deal got ambushed with the money stolen, and the cocaine too along with his brother. Very eager to get revenge he convinces Tommy to team up each other to find out who stole their cocaine and money and kill them to avenge his brother's death. 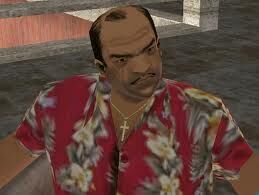 Ricardo Diaz is a powerful drug kingping in Vice City and the tertiary antegonist of the game.

During the events of GTA Vice City he is revealed to be the one who order to ambush the drug deal between Tommy and the Vance Crime Family. Upon knowing this, Tommy and Lance work for him to gain his trust, but lance decides ti kill him himself but is kidnapped and sent to the junkyard by him, Tommy rescues Lance and kill Diaz to finally take over his business and avenge the death of Victor Vance.