Grand Theft Auto (commonly abbreviated as GTA) is an action-adventure and action-crime-sanbox and a long-running series of video games series, published by Rockstar Games and developed by subsidiary companies. The first games were developed by Rockstar North (formerly DMA Design) and BMG Interactive (a subsidiary of BMG Records). Therst game of the series was released in 1997.

There are currently sixteen games in the series, plus two expansion packs for the original and two expansions for GTA IV and including a multiplayer title. The games have been released for various platforms, including, A, PSP, DS and iPhone, Andoid with all but two of the games released on multiple platforms.

There has been much controversy involving the series. The unofficial Hot Coffee mod and subsequent uproar gave Rockstar Games a huge amount of press attention.

The GTA games allows to play as an upcoming criminal in big cities based on real-life places. The player can use various weapons, as well driving various vehicles.

The games are build up from many missions, given by many characters, such as, drugs dealers, mafia members, gangsters, famous people and other similars. The player can choose the time of doing the missions, as well the order of the missions, if more than one are available. Other than story-line missions, there are also side-missions and tasks which the player must do for 100% completion of the game.

The player has almost unlimited freedom, and can explore the games' locations at almost any time they want. If the player is to start commiting crimes, various law enforcers and law enforcement agencies will come to the player's location to the player by arresting or killing them.

The games include various weapons, such as M1911, Glock pistols, Desert Eagle, AK-47, Uzi, MP-5 and melee weapons like bats, knifes, swords and many others.

The player can drive variety of vehicles: cars, trucks, bikes, airplanes, helicopters, boat, ships, hovercrafts. In almost every game, the player can change the color of land vehicles by visiting a Pay 'n Spray. The player can get vehicles by stealing them, buying them, order them from friends (GTA IV Era only), or given them by NPCs.

The games allow the player to take on the role of a criminal in a big city, typically an individual who rises through the ranks of organised crime through the course of the game. Various missions are set for completion by the figureheads of the city underworld, generally criminal, which must be completed to progress through the storyline. Assassinations, and other crimes feature regularly, but occasionally taxi driving, firefighting, pimping, street racing, or learning to fly fixed-wing aircraft are also involved as alternate adventures, which can be done at any time during the game, with the exception of the periods performing main missions.

The Grand Theft Auto series, belonging to a genre of free-roaming video games called "sandbox games," grants a large amount of freedom to the player in deciding what to do and how to do it through multiple methods of transport and weapons. Unlike most traditional action games, which are structured as a single track series of levels with linear gameplay, in GTA the player can determine the missions they want to undertake, and their relationships with various characters are changed based on these choices. The cities of the games can also be roamed freely at any point in the game, offering many accessible buildings and minor missions. There are exceptions: missions follow a linear, overarching plot, and some city areas must be unlocked over the course of the game. Although you can explore the entire city or state even it is locked (but there are limited time to explore some city because some may trigger a 4-wanted level or 6-wanted level) and ignore the missions.

Individual games in the series can be categorized into different 'eras', mostly depend on the storyline and the graphics engine used.The start of a new era is indicated by the generation of the consoles in which the games are on.

In the 2D Universe there is the original game, the subsequent two expansion packs featuring missions in 1960's London and GTA 2, which featured an improved graphics engine and a different style of gameplay. Whilst originally just called "Grand Theft Auto", the first game and era have become known as "GTA 1" for clarity.

It is generally believed that the 3D Universe has been completed, and there will be no more official expansions on the characters, storylines or engine. However modifications and fan fiction continue to build on these. 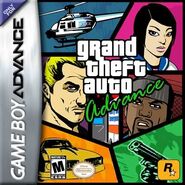 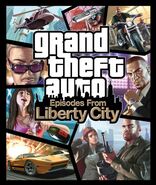 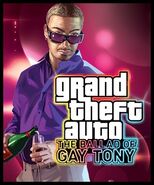 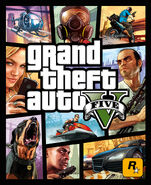 Grand Theft Auto has one of the largest fan bases of any game franchise. There are many unofficial Fansites about GTA games, providing the latest news, download databases, and often an online forum for the GTA community. Thousands of GTA fansites exist, ranging from small one-person news blogs to community-edited wikis (like this one) to massive downloads databases to forums with hundreds of thousands of members.

An activity popular with fans is modding - creating new vehicle models, skins, re-texturing of objects, and tweaking settings in the games' configuration files. These modifications are made freely available on fansites for anyone to download and install into their game. Another popular pastime (since GTA III) is stunting - the act of performing wild stunts with vehicles, which are produced into compilation videos.

Another activity popular with members of the community is writing Fan Fiction - stories based on events which follow on from, or are based around events which happen in the games, but these are not to be considered canon.

The List of GTA Forums attempts to list all of the large communities, and by demonstrating just how big the community as a whole is.

These are a list of some of the most popular fan sites: