The PlayStation 2, or PS2, is Sony's successor to the original PlayStation (PS1) and a sixth-generation console first released by Sony on March 4th, 2000. It was the successor to the PlayStation and directly competes with Microsoft's Xbox. It features an improved CPU, better graphics, online gaming capabilities for certain games, two USB ports, two Memory Card ports and two DualShock ports. It is officially the highest selling console of all time, selling a total of 150 million units as of January 31st, 2011.

At the time that Sony released that statistic, it also has 10,828 games available to buy, and 1.52 billion copies had been sold. By 2006, it was succeded by the PlayStation 3.

The PS2 is superseded by the PlayStation 3, which (alongside the Xbox 360 and Nintendo Wii) is a seventh generation gaming console, and is the platform for Grand Theft Auto IV, its DLC, The Lost and Damned and The Ballad of Gay Tony and Grand Theft Auto V.

Sadly, the PS2 was discontinued in Late 2012/Early 2013 worldwide. Amazingly, the PS2 had more than 150 million units sold. Beating the previous PlayStation1 record which was 100 million. 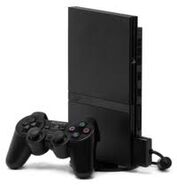 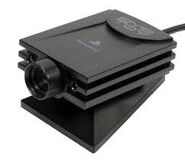