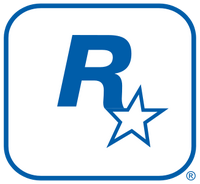 Rockstar Leeds is a British video game developer that was founded in 1997 by Gordon Hall, Jason McGann, Dave Box and Ian Bowden as Mobius Entertainment. In April 2004, publishing label Rockstar Games acquired the company, and rebranded it "Rockstar Leeds".

Today the company has a team consisting of over 30 games designers and programmers, dedicated to handheld game development. The company is situated in Lower Wortley, a town in Leeds, England, in an 18th Century converted church.[1]

The studio is based in the eponymous city of Leeds, West Yorkshire. Rockstar Leeds has primarily published handheld games for Game Boy Color and Game Boy Advance, as well as Midnight Club 3: DUB Edition and few Grand Theft Auto games for the PSP.

Rockstar Leeds was founded in 1997 as Mobius Entertainment, by Gordon Hall, Jason McGann, Dave Box, Ian Bowden and Justin Johnson. The company consisted of 75 game designers and game programmers during it's time as "Mobius Entertainment".

During April 2004, the company was acquired by Rockstar Games and was renamed to Rockstar Leeds.

The offices of Rockstar Leeds were once located in a converted 18th century church. After the release of Grand Theft Auto: Liberty City Stories in late 2005, the studio relocated to the City West office park.